Looking to go with the flow and catch major trends?

I’ve got you covered with these neat setups on the longer-term charts of Cable, silver, and bitcoin!

The commodity price is already testing support around the 38.2% to 50% levels near the mid-channel area of interest, but it could still be in for a larger correction.

After all, the 100 SMA is below the 200 SMA to suggest that bearish pressure is in play while Stochastic is also making its way south.

This might be enough to keep the pullback going until the 61.8% level around $24.00 or all the way down to the ascending channel support. Once the oscillator reaches the oversold region and starts pulling higher, price might follow suit.

Besides, the moving averages seem to be bracing for a bullish crossover since the gap between the indicators is getting smaller. 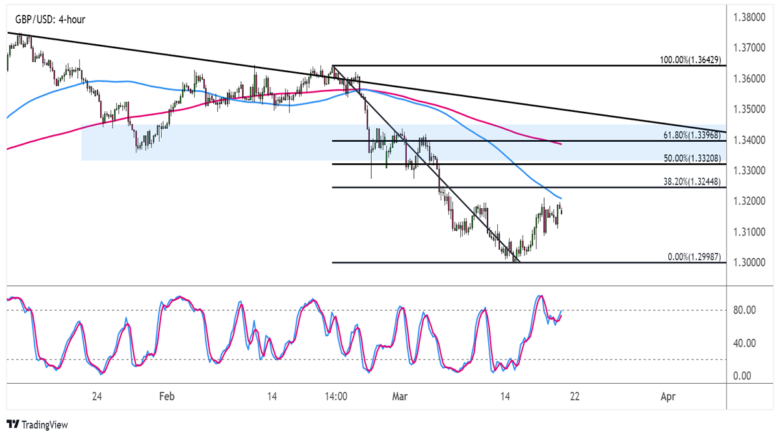 This forex pair seems to be in the middle of a major correction also, as the 1.3000 major psychological mark kept losses in check.

The Fibonacci retracement tool shows where more sellers could be waiting to hop in, and the 61.8% Fib is lookin’ like a prime entry point!

See how it’s right smack in line with a former support zone, the 1.3400 major psychological level, the 200 SMA dynamic resistance, and a falling trend line?

If sellers are too eager to return, the 38.2% level might be enough to hold as a ceiling around the 1.3250 handle.

Stochastic is already starting to head south from the overbought area to signal a return in selling pressure, not to mention the 100 SMA is safely below the 200 SMA. 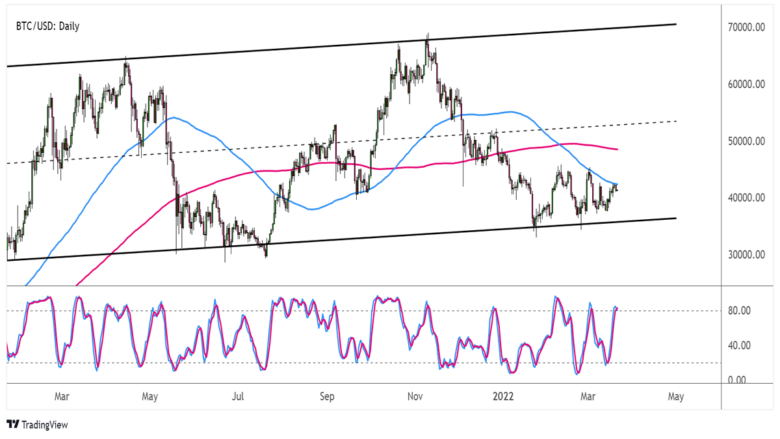 This year has been rough on bitcoin so far, as price has been struggling to hold on to the $40,000 level. Luckily for HODL-ers, this happens to coincide with a long-term ascending channel support that’s holding like a boss!

Just be mindful, though, that Stochastic is closing in on the overbought zone to signal exhaustion among buyers soon. In that case, BTC might dip back to the channel bottom for another test of support.

A break below this could set off a longer-term slide, so watch out!